Birdlife Australia’s NSW and ACT annual Twitchathon will be held over the weekend of 31 October and 1 November to raise funds for the organisation.

Teams of birdwatchers competing in the Twitchathon have 24 hours to find as many species as possible. They have obtained sponsorships from friends, families and colleagues.  The Twitchathon has become  very competitive with teams not just competing for the highest score, but for the most dollars raised prizes or even the Lucky Twitcher’s Prize.


The funds raised in the Twitchathon are for projects related to the study of and conservation of native birds and their habitats.  Some of the projects assisted in the past have been:

In the last three years approximately $25,000 was raised each year.

This year’s Twitchathon will provide funds to continue the support given in 2011 and 2013 to the Powerful Owl Project.  This will enable the project to be extended for a sixth breeding season.


The Powerful Owl Project uses citizen science and a team of volunteers to monitor the threatened Powerful Owls (Ninox strenua) in Greater Sydney providing detailed information on their breeding success, habitat use, mortality rates and diets.  The information gained is used to determine the species’ conservation status and assist in developing management recommendations for their continued survival in urban areas.

The Clarence Valley’s Twitchathon team is the Black-necked Stalkers.


Anyone wishing to sponsor this team can contact Dr Greg Clancy at gclancy@tpg.com.au
Posted by Clarence Valley Conservation Coalition at 5:46 am 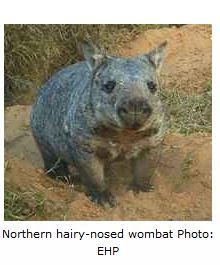