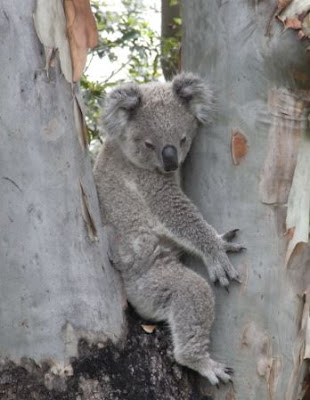 ISSUES WITH THE HUNTER GAS PIPELINE

Last month an application for the renewal of an approval to construct the Hunter gas pipeline was placed on exhibition for comment.

Reading what the consultants, RLMS, amazingly refer to as an “Environmental Assessment”, I was appalled at the arrogant approach. It was not an assessment, but a series of bland statements on how environmental issues would be approached.

Of the seven documents, only one actually mentions flora or fauna, and then only a single page focusing on the action of “Suitably qualified fauna handlers”, who “will conduct inspections along areas of open trench to rescue and recover fauna within the trench”. As a bonus: “Details of all animals found in the trench (dead or alive presumably) will be recorded and made available to the regulator”. Any threatened flora they encountered would simply be relocated.

The question is, why is the public being asked to comment on this rubbish? This pipeline is being built, in part, to facilitate Santos' Pilliga (Narrabri) gas field, producing more fossil fuel, which when burnt places the planet at increased risk of climate change.

Let's not forget the latest IPCC report, released in October, identifying that global greenhouse gas emissions are still rising, with global temperatures on track to increase 1.5 degrees within 15 years, and a catastrophic 5 degrees by century's end, threatening all life on earth. Limiting global temperature rise to 1.5 degrees, they claim, would require, “rapid, far-reaching and unprecedented changes in all aspects of society”.

In September, Austalia's national greenhouse gas emissions accounts were released, showing emissions increased by a massive 1.3% in the year to March.

The Science and Policy Institute's Climate Analytics report found that between 2015 and 2020 the emissions growth from gas production in Australia will effectively wipe out the carbon pollution avoided through our 23% renewable energy target.

Then there is the Australian Conservation Foundation's report, The Dirty Truth, just released, showing that air pollution from mining and burning fossil fuels is responsible for some 3,000 premature deaths in Australia every year.

So why on earth are even contemplating building more fossil fuel infrastructure?

This article was originally published in the VOICES FOR THE EARTH column in The Daily Examiner on December 3, 2018.
Posted by Clarence Valley Conservation Coalition at 5:29 pm

Waterview  Heights resident Stan Mussared recently received the prestigious Alan and Beryl Strom Volunteer Occasional Award from the National Parks Association of NSW (NPA).  Only made occasionally, this award recognises outstanding conservation efforts and outcomes that have benefited both the NPA and the wider community.
While the award was announced at the NPA’s annual dinner in Sydney early in November, the formal presentation was made to Stan by Peter Morgan, on behalf of State President Ann Dickson, at the Clarence Valley Conservation Coalition’s lunch last week.

In making the presentation Peter Morgan detailed Stan’s achievements as a conservationist and environmental educator over more than forty years. Stan was a founding member of the Clarence Valley Branch of the NPA and was active in the successful campaign to save the Washpool rainforest which led to its establishment as a national park.  In 1988 when Daishowa International proposed a chemical pulp mill in the Clarence Valley, Stan played an important role in the community campaign which was led by the Clarence Valley Conservation Coalition (CVCC).  He is currently President of the CVCC, a position he has held for some years.

An important contribution during his teaching career at Grafton High was his involvement with the Duke of Edinburgh Award Scheme.  Other contributions over many years include membership of a National Parks Advisory Committee and various local government committees including Clarence Council’s Climate Change Community Advisory Committee.

As an environmental educator Stan has promoted the important Earth Charter which provides guidance on ethics and sustainability; he has written for the CVCC’s “Voices for the Earth” column in The Daily Examiner, and has been a keen promoter of the annual “Earth Hour” in the Clarence.

Stan knows the power of the positive story and the importance of recognising those who work to enhance the natural environment.  In 2006 he established the annual Re-Weavers of the Tapestry Awards which celebrate the work of conservationists who have re-woven “green threads of sustainability” back into the living fabric of the Earth Community.

In praising Stan’s enormous contribution to the National Parks Association and the local environment, Peter paid tribute to the support from Magda, his wife of 55 years. Her support has made it possible for him to achieve so much.

Another facet of their partnership has been their work in re-vegetating their property. When the Mussareds moved there, the only significant tree was a large Forest Redgum.  Now they have an expanding forest which provides attractive habitat for a variety of native species.  They are particularly delighted by the regular visits of koalas to their block.

The Alan and Beryl Strom Award, the most prestigious award granted by the National Parks Association, is a truly fitting recognition of the remarkable work for the environment by Stan Mussared.