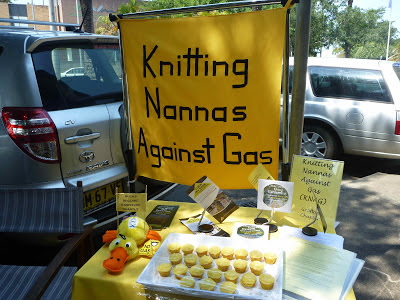 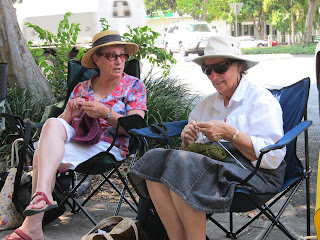 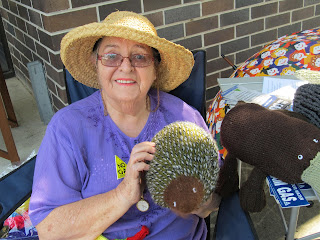 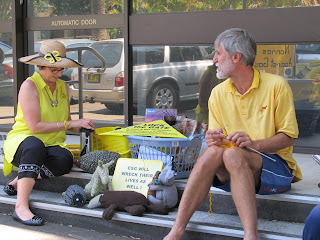 THE NSW GOVERNMENT AND THE ENVIRONMENT


In a recent media release, Luke Foley MLC, Shadow Minister for the Environment, stated that logging in NSW National Parks was "on the cards" after a NSW parliamentary budgets estimate hearing.

During the hearing the NSW Minister for the Environment, Robyn Parker MP, refused to rule out logging in National Parks – an activity which is completely inappropriate in areas established for biodiversity conservation.

The current NSW Liberal-National Party Government has shown, in its 18 months in government,  scant interest in protecting the environment.

Some months ago the Premier, Barry O'Farrell, announced the government would allow recreational hunting in 79 National Parks and Nature Reserves as part of a deal with the Shooters Party to secure their votes in the upper house for electricity privatisation.

Since then it has become apparent that the Shooters are expecting access to much more than the original 79 areas promised them.  Furthermore, these hunters are expecting that the procedures for hunting in National Parks will follow the same lines as those governing recreational hunting in State Forests.  This is a slack system which will not work in National Parks.  Aside from the safety issues – for both human users of parks as well as the fauna that is supposed to be protected in these areas – there are a number of other issues.  These include the "locking up" of parks so that hunters can enjoy their blood sport and unlikelihood that their culling of pest species will have any real impact on feral species numbers.

And then there's the Government's attitude to coal seam gas mining and its trumpeted measures – balanced measures according to the Minister for Planning  -  to "protect" the community and the environment from any problems caused by this industry.  The simple fact is the Government is in thrall to this industry and is ignoring the long-term economic and environmental impacts it will have on the citizens of this state – long after the quick-quid miners have left with their spoils.  All the vaunted protective measures are nothing but hollow spin.

Now, back to Robyn Parker's performance at the recent estimates hearing.  Luke Foley claims that she has learnt nothing in the last twelve months.  This is incorrect.  Many months ago she roundly ridiculed someone who claimed the Government would allow recreational hunters into National Parks.   She was proved wrong there.  She has learnt from this and obviously does not want to be made to look a fool again in case the Premier, that champion of the natural environment, decides to allow logging in National Parks.
Posted by Clarence Valley Conservation Coalition at 4:04 am


Several months ago a Clarence Valley woman wrote to Andrew Stoner, Deputy Premier of NSW, about her concerns about coal seam gas mining. (See the CVCC blog post on this letter.)   The Government's recent announcement of its Strategic Land Use Policy, which has given the green light to the CSG industry in NSW, has encouraged her to write to Chris Hartcher, Minister for Resources and Energy, expressing her outrage.

I am totally horrified by the NSW State Government’s decisions regarding the Coal Seam Gas Industry in NSW, which have come to light over the past few days. I will put my response to you in point form.  This way you may be able to understand it!

1. The decision to renew Metgasco’s PEL 13 & 16, and issue a production licence fly in the face of your government, which claims they haven’t issued any exploration licence since coming to power, when they clearly intended to continue “business as usual”.

2. The ban on fracking has been lifted. This is an outrage. History has shown, and is still showing the negative and dangerous outcomes from this process.

3. The decision to allow Metgasco to go ahead with its operations ignores Metgasco’s previous breaches and unlawful activities (dumping wastewater into Casino sewage treatment plant, and leaking evaporation ponds). This company clearly cannot be trusted to conduct safe practices in this industry.

4. The decision ignores the democratic voice of the people of NSW. The Lismore poll showed  87% opposition to CSG in the northern rivers community, which is echoed across all northern rivers Local Government areas, and the recent Fullerton Cove blockade. Not to mention past opposition events; 6,000 plus at the Save Our Land and Water Rally, Sydney, and 10,000 plus at the Lismore Rock the Gate Rally.

5. The policies leave our proposed strategic agricultural land unmapped. The policies are not legislation, so therefore are not mandatory.

6. Our landscape, farmlands, roads and towns will become industrialised mining areas bringing all the negative impacts that come with it – high prices, pollution, social division, and serious health impacts. You, as a matter of urgency need to speak to people from CSG affected areas about the facts, which your Government and the Queensland Government are choosing to ignore.  This is nothing short of scandalous.

7. And don’t bother sprouting the lies and pure bullshit about NSW running out of gas. We all know that Australia has massive reserves of untapped Natural Gas in Bass Strait. We do not need to go down the dirty filthy CSG road and turn our country side into an industrialised wasteland.

8. Where is the Government’s concern for our future food security and clean water?

So, how about I give you some stats and facts, Mr Hartcher, as the government obviously does not care enough about the wellbeing of its constituents to find out for themselves. Or do you already know the nasty truth, and just consider us collateral damage to the money grabbing scheme supporting a few mining companies?

Take note of the following points, because this is reality in CSG Mining affected areas, where locals are living the ‘Gasfield Dream’:

These are only a FEW of the damaging effects of this insidious industry on a community. Why does the government assume that we want our communities impacted with these issues and many more. This is a short term industry with very little gain. The north coast and northern rivers of NSW is a tourist haven with many World Heritage National Parks, not to mention the agriculture and a pristine environment. We do not want to live in gas fields and have our land, water and children poisoned!!!!!

How can your Government allow such raping and pillaging of our beautiful natural resources against the will of the people.  It is nothing less than an act of Fascist Bullying.