A VOICE FOR THE PLANET


In 2013 Jorge Mario Bergoglio was elected to the position of Pope in the Catholic Church.  He chose the papal name of Francis in honour of St Francis of Assisi, known universally to be the patron saint of our fellow creatures and the environment.

This year Pope Francis issued an Encyclical “Laudato Si, On the Care of Our Common Home”, which is attracting a great deal of interest around the world.  It is calling for an integrated approach to combating poverty and protecting the natural world.  It is 190 pages and about 40,000 words but is written in a very accessible style.

The following quotes illustrate its strong sense of wholeness which embraces a powerful entreaty to protect the environment.
--------------------------
This thought-provoking document is being referred to as the eco-encyclical or Francis’ environmental manifesto.

Let us hope that its message echos around the planet especially at the Paris conference being held soon.

Email ThisBlogThis!Share to TwitterShare to FacebookShare to Pinterest
Labels: Pope Francis and the Environment


Long ago, when new-settler men roamed freely about the Australian bush on horseback, viewing all they saw as their domain, one loan fellow came across a pair of nesting Galahs and thought it would be fun to take their eggs. Halting his well-trained horse under the nest site, he dropped the reins loose on the ground to act as a tether and climbed up on his horse's rump. Standing on tiptoe and with a good stretch he could reach his arm deep into the nesting hollow to collect the eggs.

The end of this story for this particular thief was far different from his anticipated self-satisfying possession of another's property. After an uncomfortable minute the horse, not as well-trained as its owner believed, moved forward to relieve the pressure on his back, effectively leaving the man dangling by his arm, trapped to the elbow in the hollow tree.

The horror of the next few hours, possibly days, as the man went through stages of surprise at a sticky situation, to realisation of a problem, to growing fear and pain, to blinding agony, terror to panic, to eventual attempts to gnaw, claw and saw through flesh and sinew to rid himself of the arm that pinned him to the tree, can only be imagined by those strong enough to see themselves in such a horrendous predicament.

This was a one-off case, possibly never repeated. But a sad fact is that here in Australia, and mostly without people even being aware of them, hundreds of animals daily suffer exactly the same fate as this man, dying slowly from exposure, dehydration, exhaustion and shock, caught helpless and without hope on the barbed wire fences that now crisscross the country.

Every year literally thousands of animals and birds across all species, including larger kangaroos and koalas, face cruel deaths in this way. Many of them are on the threatened species lists. Many, such as gliders, are pregnant, their unborn joeys unable to be saved.  And in many cases the barbed wire is completely irrelevant and unnecessary, frequently disused and rusted, and even erected through urban areas.

In the US in the 1800s when ranch owners first started demarcating their territory with the newly-invented wire, preventing access to waterholes and blocking traditional wildlife migration routes, the injuries and deaths to animals caused by the 'devil's rope' caused gangs to go out at night to destroy the fences. The problems, inconvenience and public outcry against the new product was enough to force the US parliament to consider banning its use.

It that had happened then and there, the ruling would have been reflected in Australian legislation and countless thousands of animals would have lived to safely breed on and flourish. But today barbed wire is commonplace, new or derelict, circling every paddock, across the outback, through forests and bushland, and even found in city suburbs

In Norway, under their Animal Welfare Act, policed by an animal welfare committee, barbed wire is restricted to only internal paddocks, cannot stand alone without other good visual material, and all disused wire must be removed by a set deadline, or else be removed by the committee at cost to the land owner. The King may order the removal of even pre-Act barbed wire fencing, and local councils have the authority to ban its use across all or in parts of their jurisdiction

Here in the Clarence Valley where we don’t have such enlightened guidance, properties East of the Pacific Highway recently purchased by a Chinese consortiums now boast brand new barbed wire fences of a quality that a human would not try to get through. And these stand right in the movement pathways of the Endangered Coastal Emu.

Australia does have a Dividing Fencing Act (1991, amended / republished 1991), but it is weak, loose and aimed at avoiding clashes between neighbours. Other State laws regulate urban fencing, in particular around Canberra to keep things looking pretty. Our legislation is long overdue for an overhaul. We call on everyone to join the Clarence Environment Centre in demanding Federal Government review the Dividing Fences Act, to include environmental responsibility, give local councils authority to decide which fence types might be appropriate, and to place an environmental levy on every roll of barbed wire sold countrywide.
-  Pat Edwards,   Clarence Environment Centre  Land for Wildlife 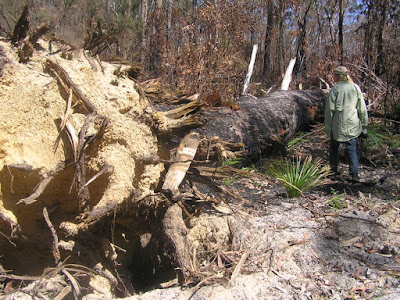 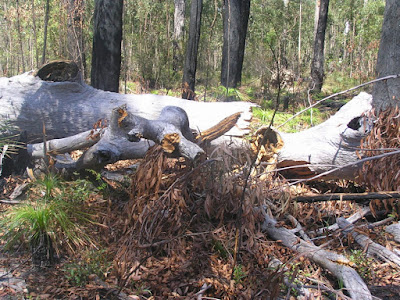 The local Twitchathon team, the Black-necked Stalkers, supported by the Clarence Valley Birdos, once again competed in the NSW Twitchathon.  The aim of the Twitchathon is for teams to see or hear as many bird species as they can in a twenty four hour period.  Teams also gather sponsorship money to assist with bird research and conservation.  The funds raised this year will be going towards the Powerful Owl project in the Sydney area.

The Black-necked Stalkers (Greg Clancy, Gary Eggins and Russell Jago) started their 2015 attempt at Warialda, as they have done in the past two years.   Unlike the past two years the weather was cooler and cloudy.  Before leaving Warialda the team had notched up 60 species, including such gems as the Plum-headed Finch, Spotted Bowerbird and Pale-headed Rosella.  By the time the team reached the Gibraltar Range and had a four hour break the tally was 107 including the nocturnal Barking Owl, Sooty Owl, Barn Owl, Southern Boobook and Tawny Frogmouth.

The next morning the rainforest and granite country species were searched for and most were found, including the Superb Lyrebird, Paradise Riflebird, Green Catbird and Southern Emu-wren making the tally 148 by the time the team reached the bottom of the Gibraltar Range, where a Grey Goshawk flew across the road and perched in a roadside tree.  The team moved on to Grafton where they saw the recently fledged Brahminy Kite and then headed out to Coutts Crossing.  The Marsh Sandpipers were still present and a number of other waterbirds were ticked off.  Driving through Southgate and down to Lawrence interesting species such as the Azure Kingfisher, Eastern Osprey and Brolga were added.  The expected Freckled Ducks at Lawrence were nowhere to be seen and the terns on the local sandbar were also absent.  After all is was a Twitchathon day when species regularly occurring in an area play hard to get.

The coastal areas at Brooms Head and Sandon provided sightings of migratory shorebirds and the rainforest at Iluka was expected to add a number of species.  The rainforest was disappointing only allowing the Regent Bowerbird and Rose-crowned Fruit-Dove to be ticked while other regular species were sheltering from the wind and heat.

The Twitchathon ended at 4 pm on Sunday at which time the team had recorded 218 different species, 4 more than in 2014 and 3 less than in 2013.  The team members all agreed that it was a very enjoyable 24 hours and that they had observed a great array of beautiful and in some cases, rare birds.