FALLOUT OVER CARMICHAEL MINE DECISION - Clarence Woman's Message to MP


The Australian Federal Government, through Greg Hunt MP, Minister for the Environment, recently gave federal approval for Adani's proposed Carmichael Coal Mine in the Galilee Basin in Central Queensland.  The Mackay Conservation Group engaged the Environmental Defenders Office (EDO) to challenge the approval in court.

The court overturned the Minister's decision because it failed to take into account two Approved Conservation Advices for two nationally threatened species that will be significantly impacted by the mine – the Yakka Skink and the Ornamental Snake.

TheMackay Conservation Group also had concerns about the carbon emissions from the burning of the coal from the massive mine and the impact of those emissions on the World Heritage listed Great Barrier Reef as well as Adani's poor environmental history.


Both Prime Minister Abbott and Attorney-General Brandis have expressed outrage at the decision and the capacity of conservationists to use the courts to prevent a development which they claim is in the national interest. In order to stop this from happening again they are legislating to prevent third party appeal rights except for those whose land is directly affected by a development.

Many community members and conservation groups are concerned about this response of the Abbott Government to the Carmichael decision. A Clarence Valley woman sent the following message to her federal Member of Parliament , Kevin Hogan (Member for Page).  Hogan is a National and a member of the governing Federal Coalition.

I am appalled that the Government of which you are a part is planning to remove community rights to take action in the courts against proposals which threaten the health of the natural environment.

The comments which have been made by the Prime Minister and the Attorney General in response to the court decision on the Carmichael Mine case are over the top and verging on the hysterical.  Those bringing the case WON it because the decision of the federal government was flawed.  The court decision was righting a wrong.  That's what the law is supposed to do and that's what the community expects it to do.

Stripping the rights of community members and community groups to protect the environment in the courts may be applauded by big business, miners and foreign companies but it is betraying the community and future generations.  Governments should be supporting orderly legal processes rather than seeking to pervert them.

Does this government exist to kowtow to big business - including foreign mining companies - or does it exist to govern for the people of this nation and their long-term future?

You might care to consider your position in relation to gas-mining in your electorate.  Would you support the stripping of the rights of Northern Rivers community members such as the Grafton Loop of the Knitting Nannas from taking legal action - if they so desired - to prevent a gas-mining company from endangering the natural environment in our area ?

The Government's proposed draconian legislation will have very wide ramifications - many of which will not be in the interests of local members such as yourself.  For that reason I urge you to speak out VERY strongly against this legislation.

Note: Kevin Hogan has stated that he opposes gas-mining in the Clarence electorate.  The writer of the message is presuming that Hogan would not support his constituents being denied the right to  take the miners to court.
Posted by Clarence Valley Conservation Coalition at 5:27 am

PARLIAMENT, THE GOVERNMENT AND GAS MINING


On August 13 a Bill dealing with significant protection from coal seam gas (CSG) and other unconventional gas mining was put before the Legislative Council, the Upper House of the NSW Parliament.   If this Bill, proposed by the Greens and amended by the ALP, passes the Upper House it will be considered in the Lower House.
There are three major aims of the Bill.  The first is to impose an immediate moratorium on all unconventional gas exploration. The second is to create permanent no-go zones in the Northern Rivers, in key drinking water catchments and recharge areas of the Great Artesian Basin, in the Pilliga, in prime farmland and critical industry clusters. The third is to ensure that key recommendations made by the NSW Chief Scientist are implemented.

Locals who are concerned about the unconventional gas industry will be watching with interest to see what the Government does if the Bill passes the Upper House and goes to the Lower House for debate.  They will also be very interested in the responses of our local MPs.

This is happening at a time when the NSW Government is negotiating the buy-back of Petroleum Exploration Licences (PELs) in NSW, buy-backs which have been motivated by voter backlash at the March state election where Ballina was won by the Greens and other Northern Rivers sitting members suffered reduced majorities.

While there have already been some buy-backs in other parts of the state, there have been none yet in the Northern Rivers. Clarence Valley activists are particularly concerned about PEL 426 which covers a large area of the Clarence Valley.

Interestingly this Metgasco licence expired in February 2014.  Despite this, it seems that the Government is either unwilling or unable to revoke it. Community members regard it as decidedly strange that an expired licence (particularly one expiring over a year ago) cannot be automatically revoked removing the threat of gas-mining to our area.

It will be very interesting to see whether this and other Northern Rivers PELs are bought back by the Government or can be revoked if they have expired.
Leonie Blain

This post was originally published in the "Voices for the Earth" column in The Daily Examiner on 10 August, 2015.

Posted by Clarence Valley Conservation Coalition at 5:21 am

Clarence Valley Council's Living Sustainably Awards for 2015 were announced at a special ceremony on 5th August as part of Local Government Week.  The awards were judged by members of the Council's Climate Change Community Advisory Committee.


These awards aim to recognise outstanding contributions or achievements which enhance environmental, economic and social sustainability. This was the fifth year of the awards.

The awards serve two important purposes.  Firstly they recognise achievements in sustainability.  Secondly they show others in the Clarence Valley community how some individuals and groups are developing lifestyles or methods or skills that look to meeting the challenges of today and the future. 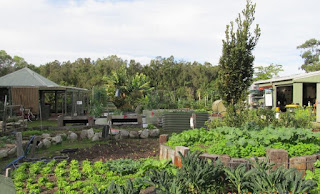 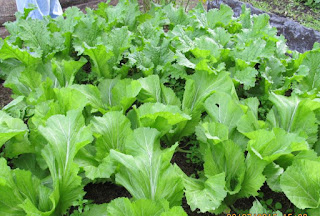 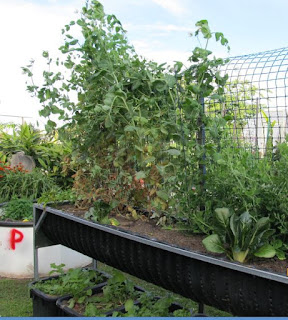 Posted by Clarence Valley Conservation Coalition at 5:50 am