THE FIRE EMERGENCY IN NSW

Lives lost, hundreds of homes destroyed, hundreds of thousands of hectares of native bushland reduced to ashes, and millions of native animals burned alive. That is the story as bush fires continue raging out of control along Australia's eastern seaboard.

These unstoppable fires, beginning two months ago in winter, are escalating towards an uncertain crescendo of catastrophic proportions. The tireless, heroic efforts of fire-fighters, mostly volunteers, have been magnificent, but they have been totally overwhelmed by the enormity of the task, with no end in sight.

As the planet warms, the situation will only worsen. Anyone claiming these fires are not related to climate change is delusional. Incredibly, many of our politicians are exactly that, content to ram their heads deeper into the sand with every successive climate-related disaster.

Over a decade ago, British economist, Sir Nicholas Stern, undertook an economic review of action on climate change, reporting that the high cost of acting would be dwarfed by the cost of inaction.

Professor Ross Garnaut similarly warned the Rudd Labor Government, subsequently reporting that Australia’s climate change position“is weak only because of an extraordinary failure of leadership”, pointing out that neither major political party has committed itself to policies that can get anywhere near their already weak emissions reduction targets.

Last week, retired fire chief Greg Mullins, warned the Federal Government that fire-fighters are entering uncharted territory and that the government needs to urgently address the situation. His plea for the Prime Minister to meet with 23 former senior emergency figures to discuss their concerns about climate change and “the missing capacity to fight fires in a new era” was fobbed off onto a junior minister.

"This is really dangerous," Mr Mullins said: "People are at risk, we need a game changer in how we deal with these catastrophes because they're going to get worse and worse.”

The escalating cost of the current catastrophe will certainly bear out Nicholas Stern's claim about the cost of government inaction! Unfortunately, that cost will be borne by all of us, some paying for it with their lives.

This article was originally published in the VOICES FOR THE EARTH column in The Daily Examiner on November 18,  2019

A selection of bird photos taken  at "Jacana",
Eric and Margaret Wheelers' property outside Grafton 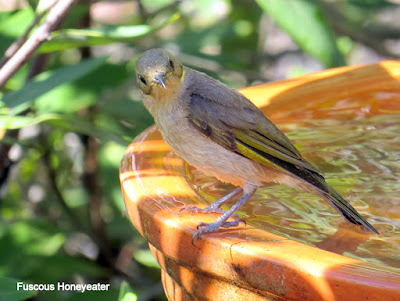 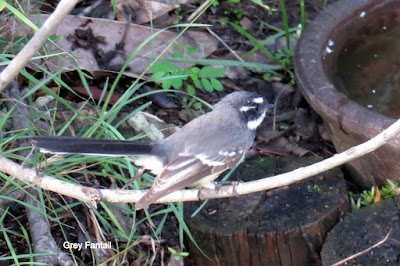 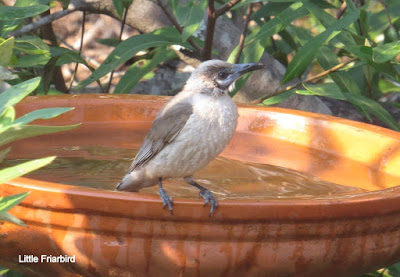 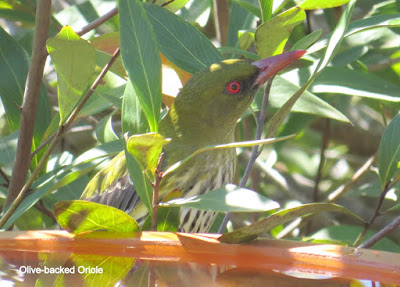 Posted by Clarence Valley Conservation Coalition at 3:48 am

THE CRITICAL IMPORTANCE OF BIODIVERSITY

When debating weighty matters of state, our political elite rate environmental matters way behind national security, economic growth and getting re-elected. Meanwhile, the business community views biodiversity as a resource to be plundered to the extent that laws allow, or beyond if they feel they can get away with it.

Most of the remainder, it seems, have little understanding of nature and biodiversity, focusing instead on mortgages, energy costs, and the pressures of just surviving in this man-made “rat race”.

It isn't as though the importance of biodiversity isn't known.  It's simply that those natural values come a distant last, behind social and economic considerations.

One would think that statement alone would grab the attention of policy makers, but it seems it hasn't. If, on the other hand, policy makers have received and understood that message, their subsequent actions allowing, and in some instances encouraging the ongoing destruction of biodiversity, can only be described as criminally negligent.

That federal biodiversity strategy accurately sums up the current situation, with “biodiversity continues to decline”. We are now halfway through the period during which that strategy was supposed to turn things around.

So how are we doing?

Not too well. An accelerating number of listed threatened species, a Murray – Darling River system reduced to a series of toxic puddles, courtesy of taxpayer funded water theft, increased CO2 emissions, and a world heritage reef dying before our eyes.

We have a government whose leader brings a lump of coal into parliament telling the world that we've nothing to fear from it, and both major political parties espousing an increase in mining and burning of coal. All this despite acknowledging the scientific evidence that the subsequent emissions will lead to catastrophic global heating. This is insanity!

This article was originally published in the VOICES FOR THE EARTH column in The Daily Examiner on October 28,  2019

Posted by Clarence Valley Conservation Coalition at 2:34 am