In a recent media release the North East Forest Alliance (NEFA) has called on the NSW Government to act urgently to identify and protect the remaining Koala colonies that are in public forests and are threatened by logging.  This follows the publication of a recent study by the Environment Protection Agency (EPA) which showed that koalas had a preference for larger trees and more mature forests. It also showed that Koala populations were collapsing in recently logged areas.

NEFA spokesperson Dailan Pugh said: "The Government now has the evidence that logging is bad for Koalas and needs to take immediate action to identify and protect the remaining koala colonies that are in public forests threatened by logging.  Every day that the Forestry Corporation is allowed to go on logging Koala's preferred feed trees brings them closer to extinction.  It has to stop now.  We call on Premier Mike Baird to urgently intervene to save NSW's Koalas."

The study assessed the Koala population in four North Coast State Forests - Royal Camp, Carwong, Clouds Creek and Maria River. Where there had been limited recent logging in Royal Camp and Carwong there was high Koala occupancy and Koala numbers were increasing.  In the other two forests heavy logging and burning of what should have been high quality Koala habitat has resulted in low Koala occupancy and the numbers appear to be declining.

There is serious concern about the long-term future of Koalas in NSW and South-Eastern Queensland. The NSW Government listed them as vulnerable in the 1990s and in 2012 the federal Government listed them as vulnerable in NSW and SE Queensland.  Despite this, Koala habitat continues to be degraded or cleared in state forests and elsewhere. This habitat loss is one of the major threats to the survival of this species.

In response to the NEFA  media release the EPA accused NEFA of making misleading statements about the study - an accusation which Dailan Pugh has roundly rejected.

"I am simply emphasizing the findings that they would rather ignore. They should be alarmed, as their findings show that their current logging prescriptions are not working, " he said.

"This as a cover-up of the worst kind, the EPA are trying to sweep their own evidence under the carpet."
Posted by Clarence Valley Conservation Coalition at 5:05 am


On 25 July New Zealand's Primary Industries ministry and Department of Conservation approved a nationwide strategy that will see all exotic pest animals eradicated from the country by 2050.
Possums, rats, ferrets and stoats will be initial targets for this ambitious plan, which by its overarching scale is set to be a world-first for any pest eradication scheme.
A new company, Predator Free New Zealand Ltd, will partner and fund initiatives by the Maori community, other conservation groups and the private sector in a coordinated effort to sweep out every introduced animal, leaving nothing to continue to breed on.
By its small size and isolation New Zealand evolved over millions of years with a relatively low number of wildlife species and bats the only mammals. The birds, evolved in balance without terrestrial predators, now struggle against an estimated 25 million annual deaths by exotic pests (Maggie Barry, NZ Conservation Minister) while the unique co-evolved native plants are equally vulnerable to extinction by possums and rats.
Australian possums, with needle-sharp claws and teeth, feed on virtually anything from flowers to meat, with no tasty plant or nestling a match for their strength and fearless habits. Ferrets and stoats, similar in size and survival equipment, also carry bovine tuberculosis.
Now the people and government want to take back their environment, restore its natural balance, and have their homeland back in the shape it was before ships and irresponsible immigrants spread pets and pests into an environment unsuited to cope with them.
However, as with all governments nothing happens quickly. The first part of this initiative, plus a good swag of its funding, will be absorbed by research, under a Biological Heritage National Science Challenge, to develop technology necessary to achieve this ambitious goal.
Meanwhile, as with Australia's appalling occupation by cats and cane toads, it is assumed that in New Zealand a few dedicated, unfunded volunteers will continue to strive to save what is left of a rapidly disintegrating and disappearing natural heritage - for as long as they are able to do it.
- Patricia Edwards
This article was originally published in the VOICES FOR THE EARTH column in The Daily Examiner on September 5, 2016

Posted by Clarence Valley Conservation Coalition at 6:02 am 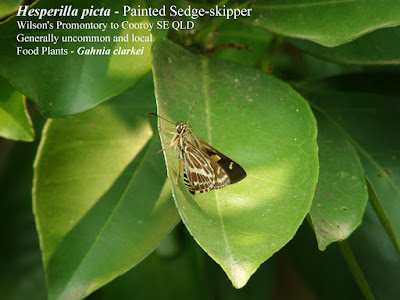 In the fourth Earth Matters session of the year Fig Forest, Landcare Project Officer, local botanic expert and butterfly enthusiast, will give an overview of the basic ecology of butterflies. He will talk about the 110 species, mainly from the Clarence Valley, that he has observed, identified, researched and photographed.

Fig’s presentation will cover what plants to use to attract butterflies to your garden, how to identify the butterflies you have and what butterflies feed on and more.

Earth Matters is a session on environmental issues which is conducted every two months by the Clarence Valley Conservation Coalition in conjunction with the Clarence Environment Centre. 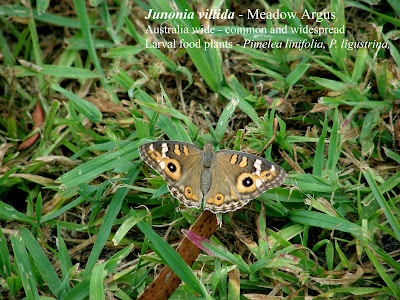 Posted by Clarence Valley Conservation Coalition at 4:32 am


The NSW Government’s proposed biodiversity reforms have been criticised by conservationists and scientists who fear that the weakening of native vegetation laws will lead to an increase in  widespread land clearing and an acceleration of  native flora and fauna extinctions.
These reforms replace other legislation including the Native Vegetation Act 2003 and the Threatened Species Conservation Act 1995.

They have also been criticised by some farmers for similar reasons.

Towards the end of June Inverell beef farmer Glenn Morris rode his horse across the Harbour Bridge to draw attention to the problems he saw with the new legislation.

He said that soil and vegetation  were not the most popular things to talk about “but if we don’t start getting a culture of respect and love for nature, we’re in big trouble.”

Echonet recently reported on a statement from a group of farmers calling on the state government to make significant changes to the proposed legislation - the Local Land Services Amendment Bill and the Biodiversity Conservation Bill.

These concerned farmers, including two former Young Farmers of the Year and a former regional director of the NSW Agriculture Department and CEO of Landcare, are urging the government to set bold goals for improving native vegetation and farm sustainability. They  want the new laws to ensure that soil health, salinity and water quality are protected and that there is a significant increase in funds for stewardship and private land conservation.
.
Northern Rivers Macadamia farmer Pam Brook is concerned that the proposed legislation will lead to more land clearing rather than regenerating and restoring farmland.  She points to her experience where the reintroduction of rainforest on her property paid big dividends.

“In the early days we used spray for everything,” she said. “One of the things we’ve discovered with the rainforest is that it’s a great source of predator bugs and insects that provide a rich balance for our macadamia orchards.”

Another statement signatory, Alstonville avocado farmer Michael Hogan pointed out, “Any stock and station agent will tell you that a well-treed property will attract a higher price than a cleared farm.”

This article was originally published in the VOICES FOR THE EARTH column in The Daily Examiner on August 15, 2016.
Posted by Clarence Valley Conservation Coalition at 11:58 pm