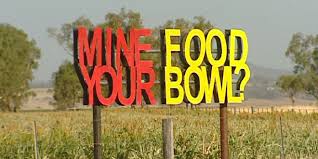 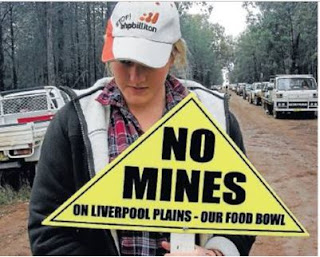 
On May 15th a group of 30 met at the Bellingen showground to share ideas and work out strategies to further help our iconic koala. Goals and resolutions coming out of this day were then presented at the Nature Conservation Council's (NCC) annual conference, held at the same venue that weekend.

Facilitator for the day was National Parks Association of NSW (NPA) and NCC Executive John Turnbull.llA line-up of our State's most knowledgeable koala champions spoke on their different fields of interest and expertise - Dailan Pugh and Susie Russell (North East Forests Alliance - NEFA) on forestry and the state of our northern forests; Keith Kendall on koala mapping methodology; Ashley Love on the Koala National Park campaign, Susie and Ashley jointly on the troublesome SEPP44; Lorraine Vass (Friends of Koala) on the expected negative impacts on koalas by the new Pacific Motorway;  Jim Morrison of the NCEC (North Coast Environment Council) and NCC on Private Native Forestry, and SERCA's (South East Region Conservation Alliance) Mike Thompson on southern koala populations and the role of translocation

The conservation of koalas, to ensure thriving, free-living populations across their natural range so they no longer need to be listed as a threatened species, was the main goal agreed on by the meeting, and to achieve this end some realistic regional and state campaigns were developed. These included the already in-principle supported koala national park, ending logging of native forests, and encouraging local councils to develop and enforce koala plans of management, even on private lands.

It was agreed that the most important enabler to this end is people themselves- globally by the high profile and attraction of koalas, and locally by community 'ownership' and desire to protect their own population of koalas, all of which collectively can bring pressure to bear on governments at all levels to do something more to help them.

However, to trigger the full support of this potential massive human power, there first needs to be a profound increase in public awareness of koalas and their current plight. And the main barrier against this is today's general disconnect of people from their natural world.

Anyone aware of koalas in their local area can now join in a growing push for public engagement, by alerting their neighbours to the fact that koalas are in fact in trouble and in need of help, by attending relevant meetings, joining local groups, learning more about koalas' habitat and needs, and maybe helping with any information distribution and lobbying of decision-makers, in full recognition that all environmental issues are, in the end, political decisions.
-         Patricia Edwards
Posted by Clarence Valley Conservation Coalition at 9:50 pm


It is pitch dark outside. the big stars having little effect on the texture of the night. A stiff little breeze blows in from the west, carrying the edge of winter. I tread with care, flicking my torch over the grass, straining to listen above the sound of the wind in the she-oaks. I move the light across the lawn, then quickly away again. He is there, a small lump, motionless, paler than the grass. I move towards him quietly, needing to be closer, avoiding highlighting his position with the torch. A powerful owl is in the area, I heard it just last night, and it takes only a few swift seconds for its silent wings to bear down on a plump and tasty meal.

The tiny 700g bettong finishes his toilet and races a quick circuit of the lawn, moving from zero to lightning speed in a second. I can't see him now, but he is aware of where I am, staying close, and in time I pick up his almost soundless steps bounding back to my heels, then behind, then shadowing ahead again, playing, stretching his legs, gaining vital muscle, speed and strength.

It is a critical time for a baby bettong. He is rapidly nearing soft release, but at this age it is dangerous for him to be out alone in the night without his mother. If she is not with him, he is likely to stay tight in her nest, waiting for her return from her nightly foraging to feed him the milk he still needs to grow. If she fails to come back, he will pine, and die, starving in the nest.

But by now he should be following her on short sojourns, learning about the night sounds, what to fear and not to fear, how to feed himself, and importantly, to learn his territory and how to return to his nest. For this it is vital that he trusts his human carer, sees me as his security, and if something triggers his natural response he will always come back to where he knows I am waiting. It doesn't matter that I am human. As with all native animals he will soon revert to wild behaviour once independent and in his natural habitat

In the dark around the garden I can't walk the kilometer or two he needs to travel, but 4 circuits is a good run and he is moving further than me, racing in circles, bounding to and fro, exploring, stopping to dig, expending his pent-up energy, until finally he slows and stays at my heels, moving in unison with me. Then it is time to walk him back to his pen, to show him the partly open gate, and his nest, where grain and vegetables wait scattered in the soil for him to dig out in the night.

It might be cold outdoors but it is a magic time, enhanced by the silent arrival of a newly released older bettong. Bec has been out in the wild for a week. She has her own nest somewhere in the forest and knows her way around. But she likes to meet and greet the baby and play for a while, joining us on our walk in the garden. Then she is gone as suddenly as she appeared, and the baby is tired, glad to wriggle back into his warm nest and sleep again for a time
-          Pat Edwards


------------------
So far Pat has released 13 bettongs into the Shannondale area, a known hot-spot for the species. Rufous bettongs are listed as Vulnerable under the NSW Threatened Species Conservation Act, but through cat and fox predation, clearing for development, under-scrubbing, and fire while the joey is in the nest, they could be disappearing even from where they were previously doing well.
Every hand-raised bettong must be soft-released, their nest kept readily available until they have built their own, and the old one is empty for several days. Some online information suggest they can be released at 500g. But a bettong alone at that age, with no nest, or understanding of how to build one, means certain death for the baby. At that weight they are extremely vulnerable to predators, especially larger forest owls that can easily carry an under 1kg animal, and a 500g baby is still dependent on its mother, will still be suckling for a further 7 weeks, and will rarely emerge from the maternal nest without her.
At least one bettong has come into care at only a little under this weight. Pumpkin, as he was called, was found dying, tick-ridden and severely dehydrated beside his mother's body, unable to survive alone.
He was safely reared and released.


The Great Eastern Ranges initiative (GER) was first devised as a vision to bring lands under private management and conservation projects into a single recognisable group. This enables more accurate mapping of the expanding interest and connected protection areas for our native wild plants and animals currently happening beyond the restricted 9% coverage of national parks.
Today this vision takes in a rough, broad 3,600km corridor from western Victoria, through NSW, the ACT, and up to far northern Queensland, with the corridor connectivity spreading and gradually linking as more and more landowners register and come on board.

To qualify for registration a property must be under protective land management, or have a conservation project either planned or underway, and this fact alone makes GER’s rapid expansion inspirational and exciting.

Up and down the Great Eastern Ranges to the coast, wildlife protection is now being assured across three world heritage areas, Landcare and community group projects, indigenous lands, schools, and numerous freehold lands, all carrying out projects and management activities to support ecological endurance in the face of climate change, habitat loss and predation and invasion by introduced pests.

The Clarence Valley Land for Wildlife (LfW) group is now a proud part of this inspiring vision. Our region’s now 100 properties registered as LfW, many in an already connected chain across Pillar Valley where conservation work is happening under the government-funded Upper Coldstream Biodiversity project, and the 1,000 Koala Trees a Year planting project now in its first year, made registration with the GER Initiative eagerly welcomed.
Land for Wildlife is a totally voluntary program, it does not attach to a property’s title, and may be quickly discontinued if a landholder decides it is not for them.

All landowners with a hectare or more that they would like to manage as wildlife habitat are invited to join, by contacting the Clarence Environment Centre, South Grafton (6643 1863), to become a part of the Land for Wildlife scheme and this momentous GER enterprise.

This post was originally published in the "Voices for the Earth" column in The Daily Examiner on 1 June, 2015.
Posted by Clarence Valley Conservation Coalition at 3:33 pm