Tasmanian Devils (Sarcophilus harisii) are facing extinction because of the highly contagious Devil Facial Tumour Disease (DFTD) which was first diagnosed over 20 years ago.

Since then it has been estimated that populations affected by the spreading disease have declined by more than 90%. DFTD is characterised by cancers around the head and neck which make it difficult for the animals to eat with death resulting from starvation and the breakdown of bodily functions from the cancer.

The rapid spread of the disease led in 2005 to the development of the Save the Tasmanian Devil Program – an initiative of the Federal and Tasmanian Governments. A major component of the program has been the establishment of captive populations of Devils in around 30 wildlife parks and zoos around the country and a few overseas in New Zealand and the United States. The Devils in these facilities will serve as insurance populations which it is hoped can be used to repopulate Tasmania once the disease has run its course.

Devil Ark at Barrington Tops about three hours north of Sydney is one of these facilities. It was founded in 2011 with 44 animals on 25 hectares of donated land which replicates the natural Tasmanian environment.

Devil Ark’s success in breeding has led to an increase in population to 180.  In 2015 22 Devils bred there were reintroduced to Tasmania on the Forestier Peninsula which is fenced off from the mainland. Since then some of these animals have bred and weaned young.

Devil Ark is seeking to double its population by 2020.  To do this it needs to raise $1.5 million.  It has already received a $250,000 grant from Global Wildlife Conservation, a US organisation, and is hoping to raise more through donations.

This article was originally published in the VOICES FOR THE EARTH column in The Daily Examiner on March 6, 2017.
Posted by Clarence Valley Conservation Coalition at 6:07 pm 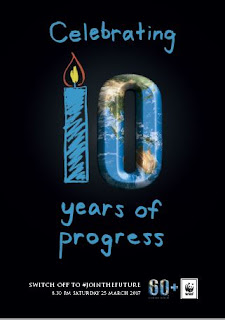 
In a recent article in The Sydney Morning Herald[1], Kelly O’Shanassy, CEO of the Australian Conservation Foundation (ACF), commented on the latest national State of the Environment report.

She said  that while there were some positive signs such as improvements to the Murray-Darling Basin through increased environmental flows, the “story is grim”.

The report points to inadequate funding and a lack of effective national coordinated action which has contributed to the current state of our environment. Federal government spending to protect and restore nature in Australia is at its lowest level in a decade and is expected to decline further.  For every $100 of federal expenditure less than 5 cents reaches conservation programs.

She points out that while government spending on the environment is so small it is “preparing to spend $1 billion of taxpayers’ money to help build Adani’s proposed Carmichael coal mine in Queensland, which, ironically, will be a major source of pollution for decades to come.”

The ACF believes the government needs to increase funding for the environment by at least 400% “if it is to reverse the dramatic decline of Australia’s wildlife, reefs and forests.”

O’Shanassy  points to the economic benefits that a healthy environment brings in sectors such as tourism and agricultural production.

“Nature in Australia is one of the key drawcards for international visitors, worth about $40 billion to the economy based on figures from Ecotourism Australia.”

In conclusion O’Shanassy called on political and business leaders to stand up on this issue.

[1] “Neglecting nature is a budget burden”, The Sydney Morning Herald, Wednesday, March 8, 2017.
Posted by Clarence Valley Conservation Coalition at 12:49 am 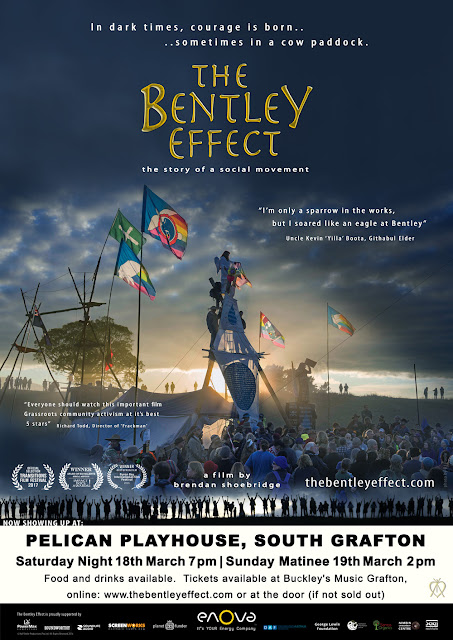 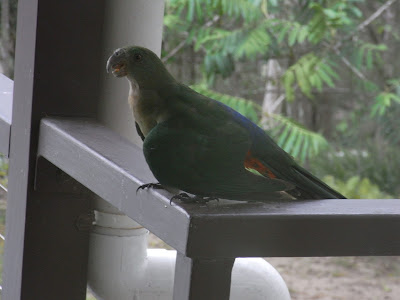