When it comes to reporting breaches of environmental laws, many are reluctant to contact the relevant authorities directly, fearing a lack of confidentiality.

The recommended avenue for reporting such breaches is through the EnviroLine where the operators, despite assurances of confidentiality, then request contact details in case investigating officers require further information.

Local environment groups provide an avenue for those who wish to remain anonymous, which saw one such recent report, alerting us to extensive under-scrubbing of forest north of Grafton.

Under-scrubbing is the process of bulldozing all under-storey vegetation, leaving only larger trees, and in this instance, not only had tens of thousands of native trees, shrubs and other plants been bulldozed, but many of the remaining trees had been damaged in the process. That scarring invariably leads to an early death by fire. The bulldozed vegetation was heaped into windrows some three metres high ready for burning, further damaging and/or killing nearby standing trees.

The cleared area is known to support Koalas, an iconic species that is in serious decline and facing extinction. The State Government is proudly reporting the spending of millions of dollars protecting them, so surely this clearing couldn't possibly be legal.

In this instance the EPA acted promptly, and responded to the complaint within days, explaining the clearing had in fact been approved. While that in itself was hard to believe, the reason given for the destruction was even harder to fathom. That, they informed us, was to enhance grazing potential!

The land in question has very low fertility soils, incapable of growing pasture so, in a good year, might support one bullock to 5 hectares. It seems unlikely therefore, that grazing was the objective, but allowable “thinning” for that purpose provided the justification.

The end result will be the loss of some 90% of the forest's biodiversity, serious erosion potential in the short term, and a guaranteed weed invasion over the longer term.

At a time when we desperately require more trees and forests to sequester carbon, these decisions make no environmental, social or economic sense.

This article was originally published in the VOICES FOR THE EARTH column in The Daily Examiner on July 20 ,  2020. 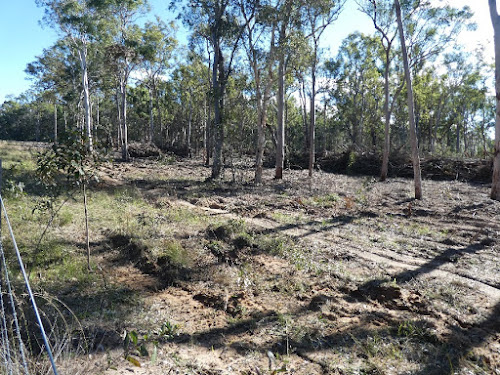 For years there has been widespread concern about koala population decline in NSW.  The black summer bushfires have made this a much more urgent concern – a matter recognised by the Legislative Council committee inquiring into koala populations and habitat in NSW.

The committee’s report (Koala populations and habitat in NSW ) was released on June 30.  In referring to the scale of koala loss during the fires, it stated that “without urgent government intervention to protect habitat and address all other threats, the koala will become extinct in New South Wales before 2050.”

It also referred to the current estimate of 36,000 koalas in NSW as being outdated and unreliable.

Estimating koala numbers has always been difficult because they camouflage well and are difficult to locate.

A group of researchers associated with the University of Newcastle who have been experimenting with heat-detecting drones to locate koalas  think that they may have a more efficient and cost-effective solution.

In an article in The Conversation (July 7)  these researchers  described their testing of this new technique in Port Stephens in the winter of 2019 in an area where the koala population was widely dispersed.

The search was conducted using a drone with both a thermal and a colour camera flown back and forth so that no spots were missed.  When they saw a large infrared blob in the tree canopy, they paused the drone to capture GPS data and detailed images.

The next day, using the drone again, they were able to verify these night time detections and obtain very high-resolution colour images as well as thermal images.

The researchers believe this technique could be used to assess koala numbers in fire-burnt areas in coming months.  And there are many other possibilities for its use in locating other threatened species in isolated refuges or difficult terrain in Australia and elsewhere.

This article was originally published in the VOICES FOR THE EARTH column in The Daily Examiner on July 13 ,  2020.

Posted by Clarence Valley Conservation Coalition at 12:59 am

Since last September, Clarence Valley Council has been reviewing its 2010 Biodiversity Strategy, and recently placed it on public exhibition for comment.

As someone who participated in the development of that original Strategy, I undertook a critical review of that document to see if the aims and objectives, particularly relating to native vegetation, had been achieved, before making comments on the review.

Those objectives were to: “Protect areas of native vegetation: Reduce the loss of native vegetation to facilitate a net gain: Revegetate riparian zones: Encourage the protection and management of regrowth in identified corridors”, and “Educate the community on the benefits of biodiversity, and enforce legislation aimed at protecting native flora and fauna values”.

Sadly, I concluded they had not been met, particularly the enforcing of legislation.

There are some relatively uncontrollable external factors that have undoubtedly led to a net loss of vegetation, such as the massive destruction caused by the Pacific Highway relocation. However, Council did nothing to convince the Roads and Maritime Authority to change the route to either of two other less damaging options.

My cynicism is based on reality, as evidenced by the following example. The 2010 strategy acknowledged that “land clearing and fragmentation was the most important contributor, to the loss of habitat and decline of native species”, and recommended that: “Any removal of native vegetation, as part of a development application where clearing cannot be avoided, shall be offset to ensure a net gain in vegetation”.

With that strong statement in place, one has to ask why the largest single housing development to be approved, Iluka's Hickey Street project, went through with no off-sets required whatsoever, resulting in the net loss of 14 hectares of forest.

Regrettably, it's not the strategy that has failed to halt biodiversity decline, it is the failure of Council itself, from planners, through to elected councillors, very few of whom, it would appear, have ever read the document, and have little or no understanding of the critical need to protect biodiversity in order for humanity to survive.

This article was originally published in the VOICES FOR THE EARTH column in The Daily Examiner on June 22 ,  2020.
Posted by Clarence Valley Conservation Coalition at 4:23 am No comments: