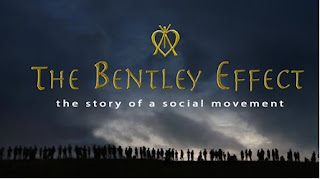 The National Parks Association of NSW (NPA) is urging the government to close loopholes and rein in self-assessable codes in order to salvage some protections for NSW’s beleaguered flora and fauna.


NPA CEO Kevin Evans said: “These laws have been, from the very beginning, a political witch hunt.

“A small group of rogue agribusinesses were hell bent on striking down the Native Vegetation Act in order to perform a modern equivalent of slash and burn agriculture.

“We’ve seen shocking allegations in the media about political interference in land clearing investigations; images of burning vegetation thought to be illegally cleared and even witnessed the murder of a compliance officer from the Office of Environment and Heritage who was investigating land clearing.

“It’s from these murky depths that the new laws have surfaced. So it’s no shock they’re not fit for purpose.”

NPA Senior Ecologist, Dr Oisín Sweeney said: “If the government’s serious about protecting the environment, we (as members of the Stand up for Nature Alliance)  have made some recommendations that will make a big difference.

“The Equity Code should be scrapped because it permits broad-scale land clearing. This was never intended in the original review of biodiversity legislation and is a key reason Professor Hugh Possingham resigned from the independent panel.

“The Farm Plan Code should be scrapped because this permits the clearing of paddock trees and woodland patches that are vital havens of biodiversity throughout the sheep-wheat belt. It also places the entire onus of identifying ecological communities onto farmers which is just not fair.

“Exclusions from code-based clearing must apply to vulnerable and endangered ecological communities and species, not just critically endangered.

“The Travelling Stock Route network should immediately be declared an Area of Outstanding Biodiversity Value in recognition of its importance both to nature conservation and cultural heritage.

“And the implementation of the entire scheme must be delayed until critical missing pieces of the puzzle are finalised and exhibited. These include the maps, the government’s koala strategy, the grasslands assessment method, the biodiversity conservation investment strategy and the new Vegetation State Environment Planning Policy.

“Importantly, Local Land Services must conclude recruitment and staff training well before implementation. As the primary front line agency implementing these reforms, failing to ensure they’re prepared will result in serious but avoidable problems and a lack of transparency.

“Turning on the legislation before all the pieces are in place is asking for confusion and inviting mistakes.”


These days we often hear about pollution in its various forms but another form of pollution – light pollution - is a  problem which many people are not aware of.  Light pollution is gaining increasing attention from astronomers, environmentalists and people who wish to reduce energy consumption.

What is light pollution?  The International Dark Sky Association  defines it as the inappropriate or excessive use of artificial light. There are four components of light pollution - glare, skyglow, light trespass and clutter.

According to a 2016 study, 80% of the world’s population lives under skyglow.  Major population centres like the United States and Europe are heavily impacted.  There 99% of people are unable to experience natural night.

Light pollution is not a concern merely because of aesthetics and the need to conserve energy.  It has impacts on human health and disrupts ecosystems and wildlife – effects which will be discussed in a future “Voices of the Earth” column.

For more information in the meantime, check the Dark Sky website - http://darksky.org

This article was originally published in the VOICES FOR THE EARTH column in The Daily Examiner on June 5, 2017.
Posted by Clarence Valley Conservation Coalition at 3:55 pm


The tenth annual ReWeavers Awards dinner was held in Grafton on June 2 in the lead up to World Environment Day.  These awards recognise the valuable contribution individuals have made to environmental protection over many years.
This year’s recipients were Bill Noonan and Phil Redpath of Grafton and Bob Friederich of Canberra (formerly of Grafton).

Bill Noonan joined the newly-formed Clarence Valley Conservation Coalition (CVCC) in 1988 and was very active in the successful campaign to prevent the establishment of a chemical pulp mill on the Clarence River.  He later became CVCC president, a position he held for 16 years. Bill has participated in many environmental campaigns and has been an articulate advocate for the natural environment over many years.

As an ecologist working for the NSW Government, Phil Redpath achieved large wins for conservation and improved the understanding of several threatened species and vegetation communities.  Along with botanist John Benson, he redefined our understanding of the state of the Australian bush at the time of colonisation, fire ecology and the Aboriginal use of fire.

As an officer of the National Parks and Wildlife Service from 1979, Bob Friederich made a major contribution to the establishment of the service in this area during a period of great change and increasing environmental awareness. As a planning co-ordinator and later as Manager of Grafton District, Bob served for 21 years on the North Coast before transferring to the Northern Tablelands as Regional Manager for five years.


Both the North Coast Environment Council (NCEC) and the North East Forest Alliance (NEFA) are very concerned about the survival of Koalas on the North Coast.  They regard the intensification of logging in State Forests with core koala habitat as a major threat.

The two conservation groups believe the current problem stemmed from the Forestry Corporation’s “grossly inflated resource estimates”. This led in 1998 to the signing of contracts which could not be fulfilled because there were insufficient saw logs to meet them.  As a result NSW taxpayers have been forced to pay at least $13 million in compensation to logging companies.

This is bad enough but another result of the poor decision about the availability of the sawlog resource is that logging has been intensified in North Coast State Forests.

Mr Pugh pointed out that a 2014 study  by C McAlpine et al has shown that koala populations on the North Coast have crashed by 50% and that this situation is one of the costs of logging.
The NSW Government is currently negotiating new wood supply contracts which they intend to finalise by the middle of this year – even though most of the existing contracts do not expire until 2023.

This is yet another concern. Susie Russell, NCEC spokesperson, says that we cannot afford more of the same.  “New timber contracts covering core koala habitat will signal the end for NSW Koalas.  If the people of NSW want Koalas to exist in the wild, then our Government will have to stop giving their feed trees and homes to the loggers.  It’s pretty simple really.”

They have called on the Premier to ensure that logging in North Coast forests is not intensified and that habitat needed by Koalas will be excluded from logging.

This article was originally published in the VOICES FOR THE EARTH column in The Daily Examiner on May 22, 2017.
Posted by Clarence Valley Conservation Coalition at 4:27 am