The Community Energy Congress held in Canberra on June 16-17 brought together about 350 people from around Australia – from Mareeba in North Queensland to Perth in Western Australia.  Many of those attending had experience with community energy projects while others were anxious to learn how to advance them in their own areas.

Community energy projects take many forms.  Many involve energy generation from sources such as wind, the sun or biomass.  Some involve other tools such as energy efficiency, energy storage or demand management.  Some community projects involve connection to the grid while others are stand-alone.

"Community energy projects are collaborately-spirited, as well as being commercially-driven and environmentally beneficial.  They contribute to a bigger picture of regional development, action on climate change and progress towards sustainability, community empowerment and energy advocacy."  (p. 4, Community Energy Congress Program)

One of the most inspiring addresses at the congress was given by Arno Zengle, Mayor of the German village of Wildpoldsried, who spoke about his village's renewable energy achievements

This Bavarian village, with a population of around 2500 people, is situated 100 km from Munich.  It produces more than four times its energy requirements through a mix of renewable technologies.  The excess electricity is fed into the grid, providing the village with an income of around 5 million euros a year.

The move to renewables started in the late 1990s when the mayor and council engaged in consultation with the local community about what was possible for the village in the next 20 years.

Photo-voltaics are a major contributor to Wildpoldsried's  power generation.  Solar panels have been installed on public buildings and on around 250 private residences.  Another important source is wind.  The seven wind turbines were financed by local citizens and there are plans for several more.

In addition the village has embraced energy efficiency with incentives provided to residents who incorporate passive solar design in their houses.

Examples like Wildpoldsried will inspire many of those who attended the congress to move forward with their plans to promote community energy.
- Leonie Blain

This article was published in the "Voices for the Earth" column in The Daily Examiner on June 23, 2014.

More information about the congress and the organisers is available on the Coalition for Community Energy website
Posted by Clarence Valley Conservation Coalition at 4:25 pm

THE THREE 2014 RE-WEAVERS OF THE TAPESTRY

The Re-Weavers are "individual Australians who have greatly enhanced the tapestry of our Earth Community by re-weaving green threads of sustainability back into its living fabric."

The seventh Re-Weavers Awards were presented by David Moase, editor of The Daily Examiner, at a dinner in Grafton on Friday June 6.

Those honoured this year were:

ASHLEY LOVE of Coffs Harbour
Ashley Love played a pivotal role in the reservation of vast areas of forests in New South Wales as national park. He did this through guiding the development of the survey methods used in the Comprehensive Regional Assessments, and also the development of the predictive modelling and other processes used to ensure that the negotiated outcomes improved the adequacy and representation of our parks system. Since retirement, he has continued to lobby for protection of our region’s forests and improved management of our national parks.

DIANNE ROBERTS of Armidale
Mrs Dianne Roberts, nee Quinlan, was born into a loving Thunghutti family and community in the Macleay Valley. Dianne was taught profound respect for Country and for people. She is imbued with a lifelong love of learning and caring, sharing of knowledge and compassion with people of all ages and diverse backgrounds. Her achievements have been recognised with many awards including the Order of Australia medal. Although now retired as Principal of Minimbah School, Armidale, Dianne continues her involvement in her Church, other organisations and projects, providing inspiration for many along her life's pathway.

GRAEME PAYNE of Grafton
Graeme Payne was born and raised in the Clarence Valley.  He has worked as a full-time artist since 1974.  In his wildlife and landscape studies Graeme is seeking to portray the wonder and connectedness of all life.  The Earth Charter has been an important part of his Earth Community approach. 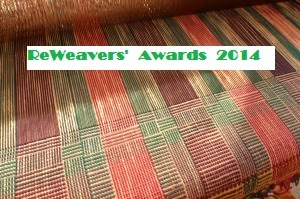 After a break of several years, the CVCC has re-started the annual Re-Weavers' Awards.  The Re-Weavers are "individual Australians who have greatly enhanced the tapestry of our Earth Community by re-weaving green threads of sustainability back into its living fabric."

This years' Re-Weavers are Graeme Payne of Grafton, Dianne Roberts of Armidale and Ashley Love of Coffs Harbour.

This is the seventh year of the awards which will be presented at a dinner at the Masonic Centre in Bacon Street in Grafton on Friday June 6. The evening commences at 6 p.m. with those attending bringing food to share. If you wish to attend, please RSVP Stan (66427640).