On Saturday 28 an Earth Hour event, organised by Clarence Valley Council and the Grafton Cathedral, will be held in the Cathedral and its grounds from 6.30 pm to 9.30 pm.

The program includes speakers and other entertainment.  The finale will be a Global Orchestral concert of Holst's The Planets which is being live-streamed from the Sydney Opera House onto a screen at the Cathedral. 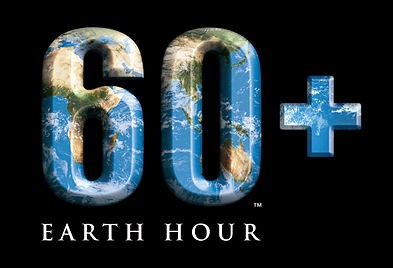 Posted by Clarence Valley Conservation Coalition at 3:55 am

The Clarence Branch of Climate Change Australia has surveyed candidates standing for election on March 28 in the seat of Clarence about their attitudes to climate change.

Candidates were asked for their vision and plans on the future of electricity generation and how they would encourage renewable energy industries.  They were also asked how they would protect residents from climate change impacts such as coastal erosion, flooding and storms.

Both Janet Cavanaugh and Debrah Novak gave considered responses. Carol Ordish responded by saying that people everywhere are to be responsible for where they reside.

"Janet Cavanaugh told us the Greens have a plan to end fossil fuel power generation by 2030, having already moved legislation," Ms Purvis said. "They propose a state-based renewable energy support scheme, calling for an all-party commitment to a renewable energy future for NSW, enshrined in legislation, to provide a stable and attractive investment environment.  The Greens also plan to phase out coal exports, including retraining workers.  To protect residents from climate change impacts, they would require new developments to take into account sea level rise predictions, include buffer zones  to protect foreshores and allow for future coastal retreat, and plan for increased storm intensity in building codes."

"Debrah Novak also strongly supports phasing out coal power in favour of renewable energy.  Ms Novak is concerned about inadequate funding for climate change research and development.  She pointed to relationships between fossil fuel lobbyists and government as a barrier to a clean energy future.  She is committed to working with other elected  MPs with the same vision to advocate clean energy technologies.  In addition to strengthening building codes, she called for a consultative approach to coastal planning issues, including invonvement with traditional owners."

Ms Puvis was disappointed that neither Labor nor the Nationals responded to the survey.

"Labor's Trent Gilbert told a candidates' forum in Grafton that we should reduce reliance on coal.  He pointed to renewable energy policies in California, without spelling out any Labor proposal.  We have not seen any commitment at all from Nationals' Chris Gulaptis on the issue.  He should be actively promoting a switch to supporting renewable energy. It will bring jobs to the North Coast."

Ms Purvis concluded by referring to the fact that climate change effects everyone and that there is a need for a long-term strategic plan for reducing greenhouse gas emissions and phasing out our reliance on coal.
Posted by Clarence Valley Conservation Coalition at 1:44 pm

Senator Glenn Lazarus has called on the Australian  Government to hold a Royal Commission into the human impact of coal seam gas (CSG) mining.  Senator Lazarus, formerly a member of the Palmer United Party, and now an Independent, is a Senator for Queensland in the upper house of the Australian Parliament.

After visiting Dalby and Chinchilla, areas in Queensland which are being mined for CSG, Senator Lazarus came away deeply concerned about the impact this industry was having on local people.

He stated that communities were being devastated by CSG mining.  He believes that Australians would be horrified if they could see what is happening in areas where CSG is being mined.

Among the concerns he raised in a media statement early in March were:
Senator Lazarus said he was calling for a Royal Commission rather than for an other form of inquiry  because " a Royal Commission has significant investigatory powers including sourcing documents, offering indemnities and summoning witnesses under oath."

In order to convince the Government that there is strong public support for a Royal Commission on this matter Senator Lazarus has started an online petition .  At the time of writing over 42,000 have signed the petition.

After his visit to Dalby and Chinchilla Lazarus addressed the Senate about his experience.  Video of this address.

The NSW Government's Minister for Energy and Resources, Anthony Roberts, announced on March 10 that the government had bought back two Petroleum Exploration Licences (PELs) in the Clarence Valley.

The fact that Roberts travelled to Grafton to make the announcement alongside Chris Gulaptis, the local National Party Member for Clarence, is significant.  It suggests that the Nationals and their Liberal Party coalition partners have concerns about the widespread opposition to gas mining in the Northern Rivers - and the impact this could have on the result in the March 28 State Election.

The announcement is another Government attempt to defuse the concern about gas mining in the region.  It follows the Government's release of their Gas Plan late last year and an advertising campaign early this year  in local media claiming the Plan addresses community concerns about gas mining.

The NSW Gas Plan was developed in response to the report (Final Report of the Independent Review of Coal Seam Gas Activities in NSW ) by the NSW Chief Scientist and Engineer following her inquiry into gas mining in the state.  Neither the Plan nor the advertising campaign have been successful in allaying community concerns. Opponents to gas mining in the region have pointed out that the Plan has not addressed all of the recommendations made by the Chief Scientist and there is considerable uncertainty about when, if ever, these will all be addressed.

While Member for Clarence, Chris Gulaptis, claimed that the buyback shows the Gas Plan is working, opponents see it as a political stunt.  Gasfield Free Northern Rivers Coordinator Elly Bird  said, "This is a cynical and tokenistic attempt by the  Liberal-National government to look like they are doing something on this issue when they could have acted decisively long ago by refusing to renew the Metgasco and Igas licences that were quietly renewed despite repeated calls from rhe community for their cancellation."

Posted by Clarence Valley Conservation Coalition at 4:37 am


Last month marked the anniversary of the day a President of the United States first warned Congress of the with the words: “This generation has altered the composition of the atmosphere on a global scale through radioactive materials and a steady increase in carbon dioxide from the burning of fossil fuels”.

No it wasn't Bill Clinton, it certainly was not President Obama; it was in fact Lyndon B. Johnson, and last month marks the 50th anniversary of the day the US Congress was warned about the environmental dangers of atmospheric pollution, which followed advice from pioneering climate scientist, Roger Revelle, who warned of global warming and sea-level rise.

A year later Revelle chaired a subcommittee of the President's Science Advisory Committee, which produced a report claiming that: “Man is unwittingly conducting a vast geophysical experiment”, estimating that atmospheric carbon dioxide levels would rise by between 14 and 30 percent by the year 2000. In fact CO2 levels rose by 15.5%.

It would be great to think that the US took note of that warning, and those of climate scientists of the day, but it did not. In fact there has been 50 years of virtual inaction on Climate Change in the US, despite its being one of the countries worst hit by it.

The current President has tried to act, but has been thwarted by his right-wing opponents, and he too has issued an emphatic warning pointing out that: “We are the first generation to feel the effects of climate change, and we are the last generation that can do anything about it”.

The Australian situation is even worse, with a Prime Minister who is on the record as claiming climate change science is “crap”, and has done everything in his power to close down government climate change initiatives. As a result, growth in the renewable energy sector has stalled, and vast coal mines, and coal seam gas projects are being brought on line by like-minded conservative State governments across the country.

Remember, we are the last generation that can do anything about climate change. We owe it to future generations to act decisively NOW.
- John Edwards
Posted by Clarence Valley Conservation Coalition at 2:53 am