Grafton was one of the NSW  North Coast venues  for
a School Strike 4 Climate Change on Friday September 20.

The organisation of the event by the young people was impressive.   Their speeches  showed the depth of their knowledge about the issue as well as their very understandable concern about the impact of climate change on their future and the future of their children.

Politicians who have failed to act effectively to limit climate change have criticised students for leaving school to strike. While defending the students' right to protest, they claim such actions should be taken outside school hours - for example at the weekend.  These dinosaurs have missed the point completely.  Strikes such as this are happening to force our recalcitrant leaders to accept that we have a climate emergency and force them to take urgent action to drastically cut emissions and transition to a clean economy.

Since the strike our Prime Minister, during a speech to the United Nations in New York, expressed concern about the anxiety many young people were suffering from in relation to climate change.  Astoundingly he fails to understand that this anxiety would be rapidly lessened if he and his Government took effective action instead of defending their inadequate and totally ineffective current climate policy.

A SELECTION OF POSTERS FROM GRAFTON'S
SCHOOL STRIKE 4 CLIMATE CHANGE 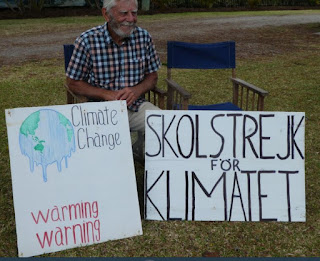 The Fletcher poster & a facsimile of Greta Thunberg's original poster 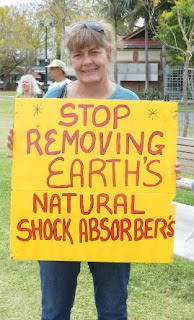 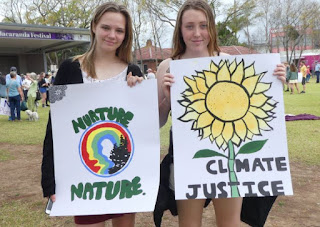 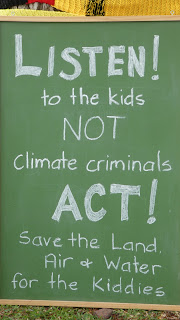 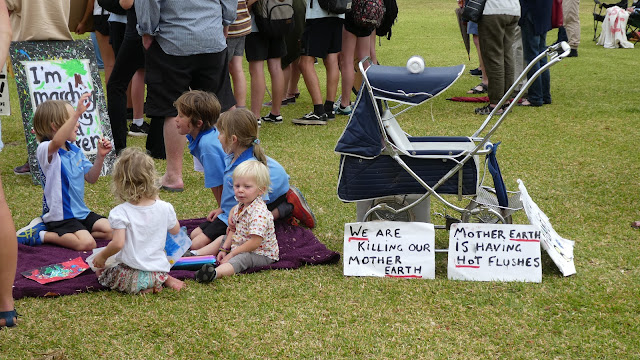 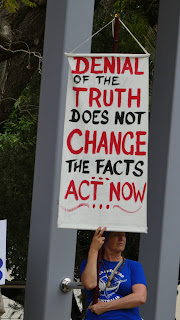 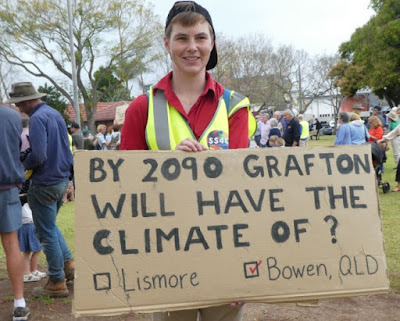